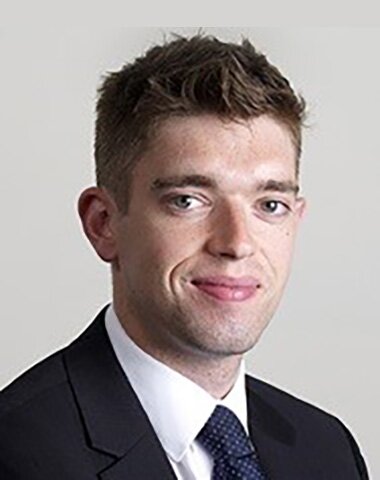 Alex is a skilful and experienced barrister whose practice spans social housing, public law and property law.  Alex has been praised by judges as an “excellent” advocate, for his “forensic precision” in approaching cases and has been described as “an expert” in his fields of practice.  He is well-liked by clients for his approachable manner and for his ability to bring clarity to complex cases.  Alex’s experience of complex public law issues including human rights and equalities issues makes him extremely well-placed to assist clients in litigation across the housing and property fields in which these issues arise.

Alex was called to the Bar after an exceptionally strong academic background.  Alex holds a law degree from Trinity College, Cambridge and was awarded multiple prizes for his academic performance whilst there.  He holds a master’s degree in French Law from France’s most prestigious law school, l’Université de Paris II – Panthéon-Assas, and a master’s degree with distinction in public law and human rights from University College London.  Alex has been the recipient of a prestigious Pegasus Scholarship under which he spent time working as a barrister in Paris.

Alex writes regularly in legal publications in his areas of practice online, in journals and books.  He has recently co-authored the book Affordable Housing – The Modern Guide to Construction and Delivery (LexisNexis).

Alex is qualified to accept cases on a Public Access basis and regularly does so both for individuals as well as housing associations and professional organisations.

Alex regularly appears in antisocial behaviour trials which involve defendants with mental health issues and arguments around a defendant’s mental capacity.  Alex is regularly instructed in anti-social behaviour claims which raise issues of disability discrimination and the Equality Act 2010; Alex’s public law experience makes him extremely well-placed to deal with such issues in complex cases and clients value Alex’s ability to address such issues skilfully at short notice.

Alex has experience of anti-social behaviour cases in the Youth Court and is familiar with the particular issues which arise in cases involving persons under 18.

Alex is regularly instructed in community care claims involving adults as well as children.  Alex is regularly instructed to advise and act in judicial review claims arising under the Children Act 1989.  In claims involving adults, Alex has extensive experience of claims which involve adults who may lack mental capacity both in the Court of Protection as well as in the County Court and High Court.  Alex is valued not only for his knowledge of the law in this area but for his sensitive and tactful approach to such cases.

Alex has been involved in claims involving foreign nationals who have no recourse to public funds both on an advisory basis and in litigation.  He is very familiar with the legal issues involved and is adept at arguing them.

Alex is regularly instructed in education law matters, in particular special educational needs challenges before the First-tier Tribunal (Health, Education and Social Care Chamber).  He also regularly acts in school admissions and school exclusions challenges and has experience of acting as an advocate in such appeals as well as clerking them and advising their members on the law.  Alex is currently involved in ongoing proceedings before the Upper Tribunal in a special educational needs challenge against a leading QC.

In the social housing field, Alex regularly acts in a wide variety of claims, including complex and multi-day possession claims, disrepair claims, injunction applications, committal hearings and appeals.  Alex’s considerable experience in public law gives him a particular expertise in cases with a public law element, including Equality Act and discrimination arguments and human rights issues.  Alex regularly advises and acts in homelessness appeals and in litigation concerning housing allocations policies including at High Court level.

Local government law forms a major part of Alex’s practice and Alex’s background in public law makes him well-placed to advise and to act in litigation involving local authorities.  Alex is currently instructed in a number of ongoing judicial review claims in the High Court concerning housing allocations and HMO licensing and he has recently been involved in a successful appeal to the Court of Appeal arising out of a HMO licensing judicial review.

Alex has been instructed in trials concerning service charges, boundary disputes, adverse possession and rectification of deeds.  He regularly advises and acts in claims involving mortgages, including claims which involve allegations of fraud.  Alex has experience of cases involving registered and unregistered land and is happy to be instructed in both.  Alex is experienced in, and happy to accept instructions in, litigation involving forfeiture, surrender and consents (such as withholding of consent to assignment and withholding of consent to carry out alterations).  He accepts instructions in litigation involving easements, restrictive covenants, party walls and neighbour disputes.

Public law, equality and human rights feature heavily in Alex’s cases and cut across much of his work.  He is able to complement a strong academic background in the fields of public law and human rights with extensive practical experience and knowledge of these fields.  Alex’s public law practice sees him regularly instructed in judicial review matters in the High Court.

Alex has extensive experience of discrimination and equalities law and has argued discrimination cases before the High Court as well as the First-tier Tribunal and County Court.

Alexander has considerable experience in making urgent applications to the High Court including out of hours applications.  He is familiar with the procedure and ethical obligations which are central to these sorts of applications and has been praised by judges for his clarity and succinctness in making such applications.  Given the urgency and strict time limits in many judicial review claims, Alex prides himself on being able to turn around complex instructions to short deadlines.

Additionally, Alex has experience in welfare benefits matters in the First-tier Tribunal and Upper Tribunal and has also assisted in judicial review and Court of Appeal cases concerning social welfare and benefits.

Alex has experience of regulatory matters, having recently succeeded in a High Court appeal against a decision of a regulatory body striking off a medical professional and having recently appeared in multi-day proceedings before the Nursing and Midwifery Council.

Affordable Housing – The Modern Guide to Construction and Delivery (LexisNexis)

Getting More Than You Bargained For – Property Investor News (July 2015)