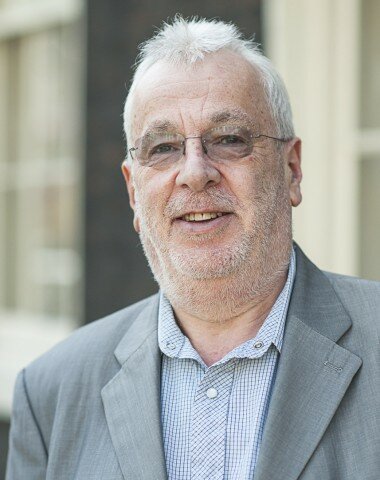 Andrew is recognised as being at the forefront of the development of housing law and has been described by Chambers and Partners UK as the “pre-eminent expert on housing and local government law”, “the godfather of housing law”, “consistently involved in the biggest and best cases”, “head and shoulders above anyone else in housing litigation”, “a genius who wins and wins” and as having “created housing law as a discrete subject”. He founded Arden Chambers in 1993 to provide a centre for specialist practice primarily in the area of housing law.

He has appeared in more than 130 reported cases – 29 of them in the House of Lords and Supreme Court – from the early homelessness cases of the 1980s to the recent human rights cases and in a range of local government finance matters, including audit from rate-capping to “Homes for Votes,” and procurement from CCT to EU. He has also conducted five local government inquiries/reviews.

Andrew is also an accredited mediator.

Andrew Arden, writing as such and as Bernard Bannerman, is also a published author. Several of his previously published novels have recently been made available again both as paperbacks and as e-books for downloading. Visit www.andrewarden.com