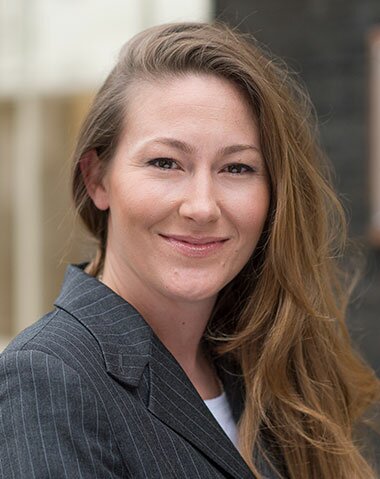 Anneli became a tenant in 2014. During pupillage she worked under the supervision of Jonathan Manning, Toby Vanhegan, James Sandham and Justin Bates.  As such she has a strong foundation in all of Chambers’ core practice areas.

Anneli has a general housing, property and public law practice and is keen to continue to develop her practice in all areas of Chambers’ work.  She accepts instructions from local authorities, private registered providers, private and commercial landlords, as well as tenants, licensees, trespassers and homeless applicants.

Anneli has had the opportunity to gain experience across a broad spectrum of housing law, including possession claims, set-aside applications, warrant suspensions, unlawful evictions, homelessness appeals and judicial reviews, statutory nuisance, the right to buy, disrepair including enforcement under Housing Act 2004, anti-social behaviour injunctions as well as gas and electricity injunctions. She has experience of cases involving Article 8 ECHR, Equality Act 2010 and traditional public law such as substantive legitimate expectation.

Since April 2014, Anneli has participated in a secondment scheme to a Local Authority in London advising on all aspects of homelessness law.

During pupillage she assisted Justin Bates and James Sandham with a variety of landlord and tenant work in the First-tier Tribunal (Property Chamber), and the Upper Tribunal (Lands Chamber) including disputes regarding consultations under section 20 Landlord and Tenant Act 1985, the Right to Manage provisions under the Commonhold and Leasehold Reform Act 2002, the enfranchisement provisions under the Leasehold Reform, Housing, and Urban Development Act 1993, as well as the Housing Act 2004.

Public Law, the Equality Act 2010, and the Human Rights Act 1998 pervade most aspects of Anneli’s practice.

Anneli is regularly instructed by local authorities as well as their tenants in all manner of actions.  She is well positioned to advise on all aspects of local government work in relation to inter alia housing, property, homelessness, anti-social behaviour, data protection, community care and general regulatory work.

Anneli’s practice in this area spans the entirety of Chambers’ work including actions under the Environmental Protection Act 1990, cases in relation to houses in multiple occupation (including selective, additional and mandatory licensing), rent repayment orders, Housing Standards under the Housing Act 2004, tenancy deposit requirements as well as social housing fraud.

Mental health and protection issues regularly play a part in Anneli’s cases.   She has experience of matters concerning the provisions of the Mental Capacity Act 2005, the Children Act 1989, the Human Rights Act 1998, the Children Act 2004, the Equality Act 2010, and the Care Act 2014.  She is therefore well versed in advising on and representing clients in such cases.

Anneli spent approximately 10 months on secondment running the ‘anti-social behaviour desk’ at a local authority appearing on their behalf in the County Court, Youth Court as well as in the Court of Appeal.

She was instructed to act in the authority’s first applications for injunctions, and closure orders, claims on the absolute ground for possession and advised on public spaces protection orders, and community protection notices pursuant to the then new provisions of the Anti-social Behaviour Crime and Policing Act 2014.

She regularly advises and represents clients on all aspects of that Act as well as applications for injunctions due to gang-relating violence and/or drug dealing activity under the Crime and Policing Act 2009.

This work frequently involves advising on mental health and capacity and has a particular emphasis on the Equality Act 2010 and public law.

Anneli spent seven years in strategy and communications management in advertising agencies, where her clients included Marks & Spencer, Shelter and Asahi beer, before deciding on a legal career. She obtained a Distinction in the Graduate Diploma in Law, a Very Competent on the Bar Professional Training Course, a first class law degree, and was called to the Bar in 2011. Anneli is a Kalisher Trust Bursary Scholar, was awarded a BPP LLB Scholarship and also has a degree in Theology and Religious Studies. She has a level four Japanese Proficiency Language Certificate having lived in Fukushima, Japan for two years.

Before joining Arden Chambers, Anneli was working in business development at Mishcon de Reya specifically for Mishcon Private, the Family Department, and the Sports Group. Prior to that, Anneli was Business Development Director of Red Lion Chambers.