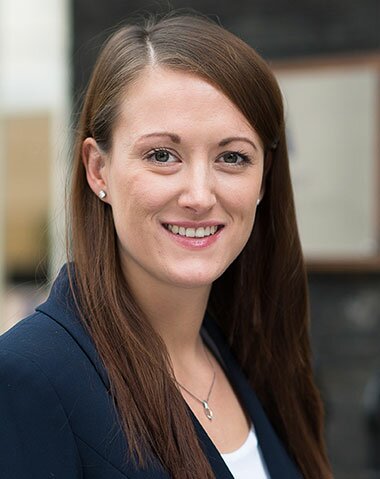 She acts for local authorities, social landlords and private landlords as well as for tenants and other individuals. She is qualified to accept instructions directly from the members of the public through the Public Access scheme.

Prior to coming to the Bar, Alice worked as a housing advisor in an Advice Centre for three years specialising in homelessness and community care.

She has a particular interest in homelessness cases and has been instructed in both s.204 appeals and applications for judicial review. In the recent case of R (Sambotin) v Brent LBC [2017] EWHC 1190 (Admin) she successfully represented the claimant in a  judicial review of a local authority’s decision to revoke a favourable decision made under Part 7, Housing Act 1996.

She has participated in secondment schemes to two local authorities and to a large housing association. As part of those secondments  she  has managed an active caseload covering a broad spectrum of housing matters including homelessness, allocations, anti-social behaviour, succession/assignment and possession claims with discrimination and public law defences.

She has advised local authorities and housing associations on social housing fraud, the right to buy and various aspects of housing policy and procedure.

Alice accepts instructions from both landlords and tenants. She has experience of possession claims and related disputes including breach of covenant, forfeiture and relief.

She was junior counsel for the Residential Landlord’s Association (“RLA”) in the recent Supreme Court case of McDonald (by her litigation friend Duncan J McDonald) v McDonald & Ors [2016] UKSC 28; [2016] 3 WLR 45; [2016] HLR 28. The RLA intervened by way of written submissions on the applicability of an Article 8 defence in possession proceedings brought by a private landlord.

Alice appears in the First-tier Tribunal (Property Chamber) and has successfully obtained Rent Repayment Orders on behalf of local authorities. She accepts instructions in leasehold disputes including service charges, property management and enfranchisement.

Alice has particular experience in matters concerning anti-social behaviour having undertaken two three-month secondments to a large local authority in the West Midlands specialising in all aspects of community safety.

She regularly appears in contested possession, injunction and committal trials in the County Court.

She was recently led by Jonathan Manning in the case of Birmingham City Council v Jerome Jones & 17 others  (Birmingham County Court, ex tempore judgment, 12th July 2017) successfully representing the applicant in the largest ever gang-injunction application.

Alice was also led by Jonathan Manning in Christie v Birmingham City Council [2016] EWCA Civ 1339 in which the Court of Appeal held that an order of imprisonment for contempt of court, suspended as long as the contemnor complied with another order of indefinite duration, was not unlawful.

She has obtained Closure Orders on behalf of Local Authorities in the Magistrates’ Court and has advised on Public Space Protection Orders and Community Protection Notices under the Anti-social Behaviour, Crime and Policing Act 2014.

Alice has appeared in the Court of Protection in cases concerning property and affairs. She was recently instructed by a deputy seeking authority to litigate following defective works undertaken to  the patient’s property.

Alice is very interested in cases involving public law, human rights and the Equality Act 2010, particularly where those issues arise in a housing law context.

She has recently been instructed in a complex multi-track trial with an Equality Act defence and is currently involved in a s.204 homelessness appeal which, in part, concerns the Public Sector Equality Duty.

As set out above, she was junior counsel for the RLA in the Supreme Court case of McDonald (By her litigation friend Duncan J McDonald) v McDonald & Ors [2016] UKSC 28; [2016] 3 WLR 45; [2016] HLR 28 on the applicability of an Article 8 defence in possession proceedings brought by a private landlord.

Alice undertakes regulatory work and has advised and represented clients in matters such as:

Alice is qualified to accept instructions directly from the members of the public through the Public Access scheme.

A long and winding road, yet there is still further to go…, 7 December 2016

Forgiveness or permission? (Cardiff v. Lee (Flowers) and the argument that never was), 6 November 2016

Step children and succession after divorce, 4 June 2016, with Annette Cafferkey.

Christie v Birmingham CC [2016] EWCA Civ 1339, unreported, 14 December 2016, CA (junior counsel) – successfully opposed an appeal to the Court of Appeal on the lawfulness of a suspended sentence for breach of a gang injunction

Firoozmand v Lambeth LBC [2015] EWCA Civ 952; [2016] PTSR 65; [2015] HLR 45 (assisted as a pupil) – an appeal to the Court of Appeal on local authorities’ duties when a homeless applicant complains about the suitability of accommodation.

Alice accepts instructions from the Bar Pro Bono Unit and has delivered training to solicitors and advisors through organisations such as LawWorks.

She was awarded a Sir Joseph Priestly Scholarship and Internship Award by the Inner Temple in 2013 and spent four months working pro bono on death penalty cases at a Texas law office before returning to London to begin pupillage.

Alice was awarded a Duke of Edinburgh Scholarship and an Exhibition Award for the Bar Professional Training Course by the Inner Temple in 2012.